Review: "The One and Only"by Emily Giffin 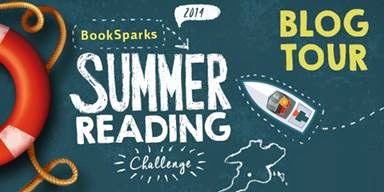 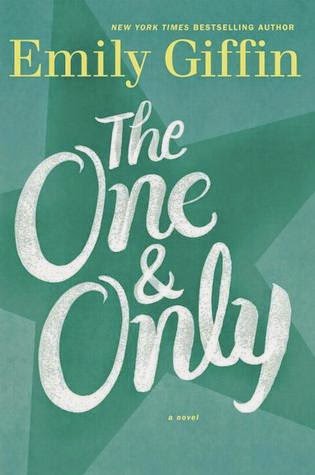 33-year-old Shea Rigsby is perfectly comfortable with where she is in life, although her mother and her best friend Lucy can't help but want more for her. She's working in the athletic department at Walker University, the home of the football team that she lives and breathes. She doesn't love her boyfriend and he doesn't challenge her, but things are still fine. Shea is around football and family all of the time and that's enough for her.

When a tragedy strikes their small community, and hits her best friend Lucy's family especially hard, Shea is forced to examine her quiet existence and to question whether or not it is enough for her any longer. When Shea digs down deep inside herself she finds more there than she was expecting and she is forced to make some hard decisions about where her life is going and where she would like it to go instead.

Emily Giffin has been a favourite author of mine since the beginning and I'm always thrilled to pick up her latest novel. I loved The One and Only and it dealt with some especially difficult subject matter. At times the story veered into the uncomfortable yet Giffin managed to write about some serious subject matter in a way that made you not want to put the book down. I was captivated, despite the sometimes cringe worthy subject matter, until the end.

*Spoiler Alert* Giffin deals with a lot of different subject matter within these pages. The main focus of the story is not just Shea Rigsby and her deciding to take her life on a different path but on the romance that blossoms between herself and Coach Carr, a man that she has a tremendous respect for and who happens to be her best friend's father. Coach Carr was like a father to her growing up, since her own essentially abandoned her when she was young, so there was an incestuous undertone to the story that I am guessing many will find difficult to stomach. For me there were certainly times when it felt that way, but at the same time relationships like this do exist in the real world and I think that Giffin was brave for tackling something so controversial. I actually work with someone who is married to one of his daughter's close friends, so there are times that these things do happen, regardless of what society thinks.

Other difficult subjects are tackled throughout the book- domestic violence, cheating in sports, parental abandonment, divorce- but Shea and Coach Carr's romance remains at the center of it all. I do think that the secondary subjects were glossed over a little too quickly, and I think that the story line involving Shea and her father wrapped up too neatly without truly being resolved, but I admire Giffin for choosing to cover more than one controversial subject in her book.

There is a lot of football talk in The One and Only. Thankfully Giffin makes it interesting enough that even a non-football fan such as myself doesn't become too bored or overwhelmed with the topic. For me it just became an essential part of the story as so much involves the sport.

The One and Only is a book that some will love and others will not, but it will certainly make for an interesting conversation starter! I think that this will quickly become a must-read for book clubs because there is just so much to discuss and most of it is controversial! I loved the writing in this book and I loved that the ending didn't wrap up too neatly, and in my opinion this is yet another hit from the pen of Emily Giffin.

I am so thrilled to be participating in the 2014 BookSparks Summer Reading Challenge! This summer particpate by reading any or all of the 15 featured books by many amazing authors and enter weekly to win a Kindle! Like BookSparks' Facebook page for more information. At the end of the summer one lucky reader will win a $500 Visa gift card and a travel gift set!
Posted by The Book Chick at 5:00 AM