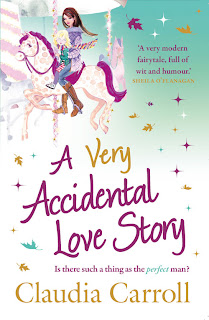 Eloise Elliot is the youngest newspaper editor that The Daily Post has ever had. She has money in the bank, a job that she loves, and.....that's about it. Her every waking moment is consumed by her job. She has no boyfriend, no friends, and little contact with her family, and since she sees herself as being an island those things don't really bother her. On the eve of her thirtieth birthday, however, as she is surrounded by shrinking balloons and some questionable sandwiches Eloise realizes that her life may not be as complete as she once thought. She is struck by the sudden realization that she wants a baby and that she won't wait to find a man to have one.

Three years later Eloise still works every waking hour but she lives for her gorgeous daughter, Lily. With the help of a live-in nanny Eloise is able to have it all- a job that she loves and a fantastic daughter. When Lily starts asking about who her daddy is Eloise's carefully ordered world is turned upside down. As she searches for the sperm donor who is technically the father of her daughter she gets far more than she bargained for.

I thoroughly enjoy Claudia Carroll's books and her latest, A Very Accidental Love Story, was no exception. I loved the unique plot. Although there have been books written about using a sperm donor to conceive a child it is not often that there is one about tracking down that anonymous donor after the fact! I was hooked on the story itself and the fact that the characters were endearing (even workaholic Eloise, whom I expected not to like) made the read even more engrossing.

I have a few small criticism's to make, one being that I did find a few editing errors (a rare occurrence with a HarperCollins book) which stood out to me. There were a few places where a word was missing or a sentence seemed awkward but the errors were not so frequent that it detracted from my enjoyment of the book. I also felt that the ending was a little too "happily-ever-after" for my taste. Although I did want the story to end in the way that it did for the most part, it did come across as a little too perfect and saccharine.

A Very Accidental Love Story is a quick and pleasing read that will definitely appeal to those who love a good love story. My thanks to the publisher for providing me with this book to review.
Posted by The Book Chick at 5:00 AM