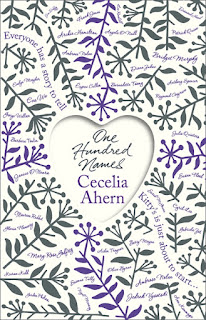 Kitty Logan is a journalist who has made the biggest mistake of her career- she has reported a story without following the usual fact-checking process and as a result she has ruined a life as well as her own professional reputation. Reeling from the backlash that has come as a result of her story Kitty visits her mentor and close friend Constance, who is dying of cancer. When Kitty asks Constance what the one story is that she regrets not writing, Constance instructs her to retrieve an envelope from her filing cabinet and bring it to her. By the time Kitty has returned with it Constance has passed away. Determined to write Constance's final story as a tribute to her beloved friend, Kitty opens the envelope and finds 100 names printed on a piece of paper with absolutely no indication as to how the names are connected. With only a few weeks until the connection needs to be determined and the story has to be completed Kitty begins to track down the people on the list and she comes to surprising conclusions about them as well as about herself and the person that she has become.

I'll admit that Cecelia Ahern lost me a little with her last couple of releases. I read them but failed to feel connected to them in the same way that I felt connected to P.S. I Love You and Where Rainbows End. One Hundred Names has restored my faith in Ahern's ability to write stories that are compelling and believable. Although our main character Kitty has made a huge and careless mistake, and we want to not like her because of her actions, we somehow end up liking her anyways, almost against our better judgement. Kitty is not the only character that we come to like and believe in because the character development in One Hundred Names is impressive. Although there are many characters that we get to know they each remained distinct and interesting to me.

One thing that I really enjoyed about One Hundred Names was that there was a little bit of a mystery to figure out. After Kitty opens up the envelope that contains nothing more than one hundred different names and she begins to get to know some of the people on the list I felt compelled to try to figure out what the connection was between all of them. I enjoyed the fact that I was kept guessing right up until the very end and that while I wondered about the connection throughout the story I was still able to enjoy the story as it was happening.

Well-written and interesting, One Hundred Names not only reassured me that Cecelia Ahern's still got it but it also encouraged me to look at the world around me in a different way. I have to mention that I just adore this cover- it looks even better on the print copy! My thanks to HarperCollins Canada for providing me with this copy for review.
Posted by The Book Chick at 5:00 AM