Guest Post by Michele Gorman, author of "Single in the City" 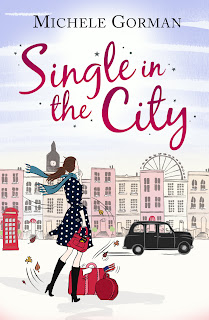 Please join me in welcoming Michele Gorman, author of Single in the City (recently published in the US as an eBook and available on Amazon and Barnes & Noble now!), to The Book Chick! Today Michele shares with us the reasoning behind her decision to self-publish in the US despite the fact that her book was published by a traditional publisher in the UK:


When I decided to self-publish Single in the City in the US as an eBook, I had to think hard about why I wanted to do it. After all, Single in the City was published by Penguin in the UK and many other countries. Did this mean I was rejecting the big publishers, as many writers have recently done, in favour of self-publishing?


The short answer is no. My experience with Penguin UK was very positive and I will definitely look to work with a big publisher on another book. There are many advantages in a partnership with a publisher. They ensure that the process runs smoothly for instance, and once you deliver the final manuscript for publication, much of your job is done. Self-publishing however, is a bit like planning a wedding. You start out optimistically thinking it will all go smoothly. There are just a few things to sort out right? The dress, and cake. And venue, and music and rings and food and flowers and attendants and guest lists and hotels and seating plans and invitations and and and ... by the time the wedding, er, launch day, arrives you just want to go to sleep.


Another benefit of a big publisher is that they have PR teams and sales teams and editorial teams and cover design teams. In self-publishing the success of the book is all up to you. This is liberating, but daunting too.


So why am I self-publishing? Well, I’m doing it because sometimes publishers have less faith in the books, and the readers, than we, the writers, do.


You see, when Caroline and I sold book rights to Penguin (UK), we held back the US rights. We did this because I wanted a US-based publisher for Single in the City’s American launch. After all the main character, Hannah, is American. There’s a strong theme about seeing London through rather baffled American eyes. Caroline and I thought that surely it was a great fit for the US market.


The US publishers we approached had a different point of view. They were all very nice about it but said that the book isn’t right for the American chick lit market. It’s set in London. Readers won’t identify with it, they concluded.


I disagree. Isn’t it a bit dismissive, and wrong, to suggest that American women can only be interested in books that literally reflect their own lives? If that were true then only mothers of homicidal children would buy We Need To Talk About Kevin, and nobody living outside the 19th Century would bother with Jane Eyre. These books gain wide readership because they deal with universal themes (nature versus nurture, the effects of parenting, family, belonging, love). Single in the City is about taking a chance and establishing a new life. More than 5 million young American women do that every year when they move cities. It’s a fish-out-of-water story. And it’s about finding your feet in life and love. These, too, are universal themes. Those US publishers sold chick lit fans short.


And that’s why I’m self-publishing. I believe it’s the right decision for this book in this market. Like Hannah, I’m taking a leap of faith.


Thank-you so much to Michele for taking the time to be here today! You can friend her on Facebook here find her on Twitter here.