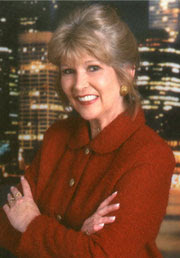 "Definitely the favorite part of the publishing process for me is the writing. I never know what I’ll discover when I’m placing words on the page. And I’m always surprised by what the characters tell me. Case in point: my novel Cold Rock River. Initially it was to be the story of Adie Jenkins, seventeen, pregnant, and unmarried during the early 1960’s. I know today if you’re in that condition they throw you a shower, but in those days, they threw you out.


As Adie’s story begins I decided she would do some chicken farming to feed them when it became apparent Buck, her new husband, wasn’t going to be one she could count on. I went to the library to research Georgia chicken farming and stumbled onto the Slave Narratives. The complete collection—which contains more than two thousand first-person accounts—is housed at the Library of Congress in Washington, DC. They were commissioned by President Roosevelt during the depression years, in order to record the journey of those freed slaves still alive. Writers were sent across the nation to search for them. Their accounts are as fascinating as they are poignant. Over the years, there’s been a good deal of controversy as to their accuracy, based on the fact that some of the freed slaves were fearful or perhaps suspicious of the government—brings to mind “forty acres and a mule”—and hesitant to speak candidly regarding the treatment they may or may not have received at the hands of their sometimes still powerful former masters. The collective consensus is that somewhere amidst the vast amount of material lies the truth.

After months of reading, reviewing, and re-examining all of the narratives I could locate, Tempe’s portion of Cold Rock River emerged. It is woven into the narrative once Adie discovers her diary. Tempe’s story, based on what I found, is remarkable. Everything that Tempe experiences was lifted from the lives of actual people who wore the chains and bore the scars of slavery. I won’t ever forget her, nor am I able to forget those I “met” through the narratives, who bravely shared their life stories so that Tempe could tell me hers.

There is a very tender moment in the book when Adie writes a letter to Murphy Spencer, the land owner who owns the cabin she and Buck are living in. By now Adie is very much aware that she is in love with Murphy and he with her. Adie settled too soon on the direction her life would take by getting pregnant and marrying Buck before she even knew who she was. When she meets Murphy she realizes too late that she’ll never have the love of her life. But, Adie does not take her wedding vows lightly and perseveres in her marriage. I love the part in her goodbye letter to Murphy where she writes, “I will miss you all my life, but I want my children to grow up knowing the promises we make are meant to be kept. Murphy, we met too late.”

Not knowing what she would have to say, I actually wept as I typed the letter. After I wrote the words down, I wondered had I been in her shoes, could I have been so honorable?

So writing is the process about publishing that I love most. I hope you’ll check out my efforts and pick up a copy of Cold Rock River or Roseflower Creek—both being reissued by Sourcebooks Landmark and in stores this summer!

Jackie Lee Miles lives in Georgia with her husband, where she is a featured speaker at book clubs, schools, and writer’s workshops. The author of three novels, Roseflower Creek was her first, published to critical acclaim. When not writing, Ms. Miles tours with the Dixie Divas, four nationally published book-writing belles. Her next novel, All That’s True, will be published by Sourcebooks Landmark in early 2011. For more information, please visit http://jlmiles.brinkster.net/.

Courtesy of Sourcebooks I have 2 copies of Cold Rock River to give away! To enter:

1. Leave me a comment and tell me why you want to win! Please leave me an e-mail address so that I can contact you if you're one of the winners. No e-mail= no entry!

3. *Bonus Entry* Spread the word about this contest in a way of your choice. Tweet about it, Facebook it, blog about it, or add it to your sidebar, just make sure that you leave me a separate comment letting me know how you spread the word!

This contest runs until July 23, 2010 at midnight, EST. It's open to both Canadian and US residents, no PO boxes please! Winners will be notified by e-mail. Good luck!
Posted by The Book Chick at 5:00 AM