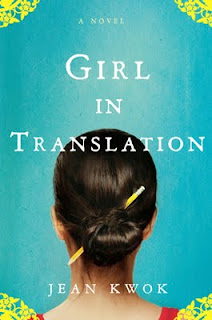 Kimberly Chang and her mother move from Hong Kong to New York when Kimberly is just 11. They don't know English, they move into an apartment in the projects as dictated by Kimberly's aunt, Paula, and they're not quite sure why they moved there in the first place. Kimberly is enrolled in a decent public school by using a fake address, but finds it difficult to adapt to public school in New York, considering the fact that she has little grasp of the English language. Kimberly's talents in school begin to shine through, though, as she learns English and makes a best friend, Annette.

While Kimberly shines in school, her mother remains working at a clothing sweatshop, illegally paid by the piece instead of the hour. Kimberly joins her mother after school at the factory, not only because there's no one to watch her at home but also because her mother needs the help in order to get orders out in time. As Kimberly grows up and begins excelling in school, she quickly figures out that her school life and home life need to be kept separate, as none of her classmates will understand the poverty in which she lives. She also meets and falls in love with Matt, a fellow factory worker with ambitions very different from her own, and ultimately, she must make decisions that will shape her future in the US.

Girl in Translation is so raw, so filled with emotion, that I often forgot that I was reading a work of fiction and thought that I was reading a memoir instead. In fact, the experiences that Jean Kwok created felt so real that I believe that there are threads of truth sewn throughout the book. When Kimberly and her mother first move to New York they are under the "protection" of Aunt Paula, her mother's sister, who treats them with nothing but disdain. Aunt Paula sets them up in an apartment with no working heat, broken windows, and a multitude of cockroaches, and expects them to be grateful. When they inquire if there are other, more livable apartments available, Aunt Paula gives them flimsy excuses as to why there's nothing available at the moment. The scenes where Kimberly and her mother are huddled under a pile of all of their clothes in the freezing cold, with the oven opened for warmth, felt so real and so horrible.

Perhaps one of the reasons that I felt so connected to the character of Kimberly, despite the fact that we have nothing in common, was because Kwok used an interesting technique in her writing. She often spelled words phonetically, so that the reader got a feel for how foreign English words can sound to someone who doesn't know the language. For example, hurt became hot, overwhelming became over woman, and real estate became really state.

Kwok has written a gripping and powerful book about the reality of immigration and also about how the choices we make can shape our future. I can't wait to read what she comes out with next! Thank-you to Penguin's Exclusive Reads for this review copy!

Rating: 4.5 stars out of 5
Recommended to: Fans of thought-provoking fiction, those who enjoy learning about other cultures
Challenges: 2010 100+ Reading Challenge, New Author Challenge 2010
Posted by The Book Chick at 5:00 AM