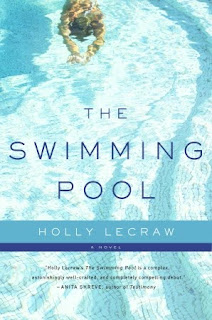 Seven years ago Marcella Atkinson, a married mother of one, was ready to give up everything so that she could be with the love of her life, Cecil, a man that she had met while spending time in Cape Cod. The the unthinkable happened: Cecil's wife was murdered and Cecil died soon after.

Years later Marcella is divorced, feels disconnected from her college-aged daughter, and is still struggling with her guilt over the events of long ago. When Toni, her daughter, gets a summer job working for Cecil's daughter, now grown with two children, Marcella knows that it is only a matter of time before her secrets are revealed.

Meanwhile, at their home at the Cape, Cecil's children Jed and Callie try to come to terms with the passing of their parents, which made them orphans at a young age. Callie is happily married, and has recently given birth to a premature baby girl, Grace, but struggles to find love in her heart for this tiny being. She asks Jed to move in with her for the summer, because for some reason she just doesn't trust herself to be alone with her two children while her husband works all week. Jed, now in his late twenties, finds himself directionless in life, unable to form a relationship with a woman and unhappy at work. When searching their family vacation home for sporting gear, he finds a bathing suit, one that he remembers seeing Marcella wearing when he was a child, and it becomes a catalyst for finding out what happened all of those summers ago.

I had read great reviews of The Swimming Pool online, so I checked this one out of my library, but I can't say that it lived up to my expectations. My main gripe was that I couldn't seem to connect to the character of Marcella, who is one of the primary characters in the book. I found that she remained at an arm's length for me throughout the book, perhaps a side-effect of her rather distant personality, yet I found that I couldn't relate to her, and I certainly couldn't get into her head. Am I the only one who found her sexual relationship with Jed slightly creepy? The age difference bothered me a little (she's in her 40's, he's in his late 20's), but really what bothered me is that Marcella had an affair with Cecil (Jed's father), and then years after he dies, she has a sexual relationship with his son. I'm not sure if this was Marcella's way of saying good-bye to Cecil, or if it was just something that she couldn't help, but I truthfully found it weird, almost (but not quite) incestuous.

The part of the story that I thought was really well-done was Callie's battle with post-partum depression. It is really clear in the beginning that Callie's relationship with baby Grace isn't quite right. She's eager to hand her off to the nanny or to Jed, and she hasn't formed any kind of a bond with her. She has flashes of harming her child, but only the baby, and not her older son, Jamie. There's a really fantastic scene towards the end of the novel when we are able to get into Callie's head, to see how this depression is affecting her and her thoughts. LeCraw's portrayal of Callie's struggles was so amazing that I think I would have enjoyed the book far more had it been entirely from Callie's point of view.

Although this book did disappoint me, I did enjoy portions of it, and can certainly understand how the story could have been compelling for some. I just couldn't get over how creepy I found Marcella and Jed's relationship.