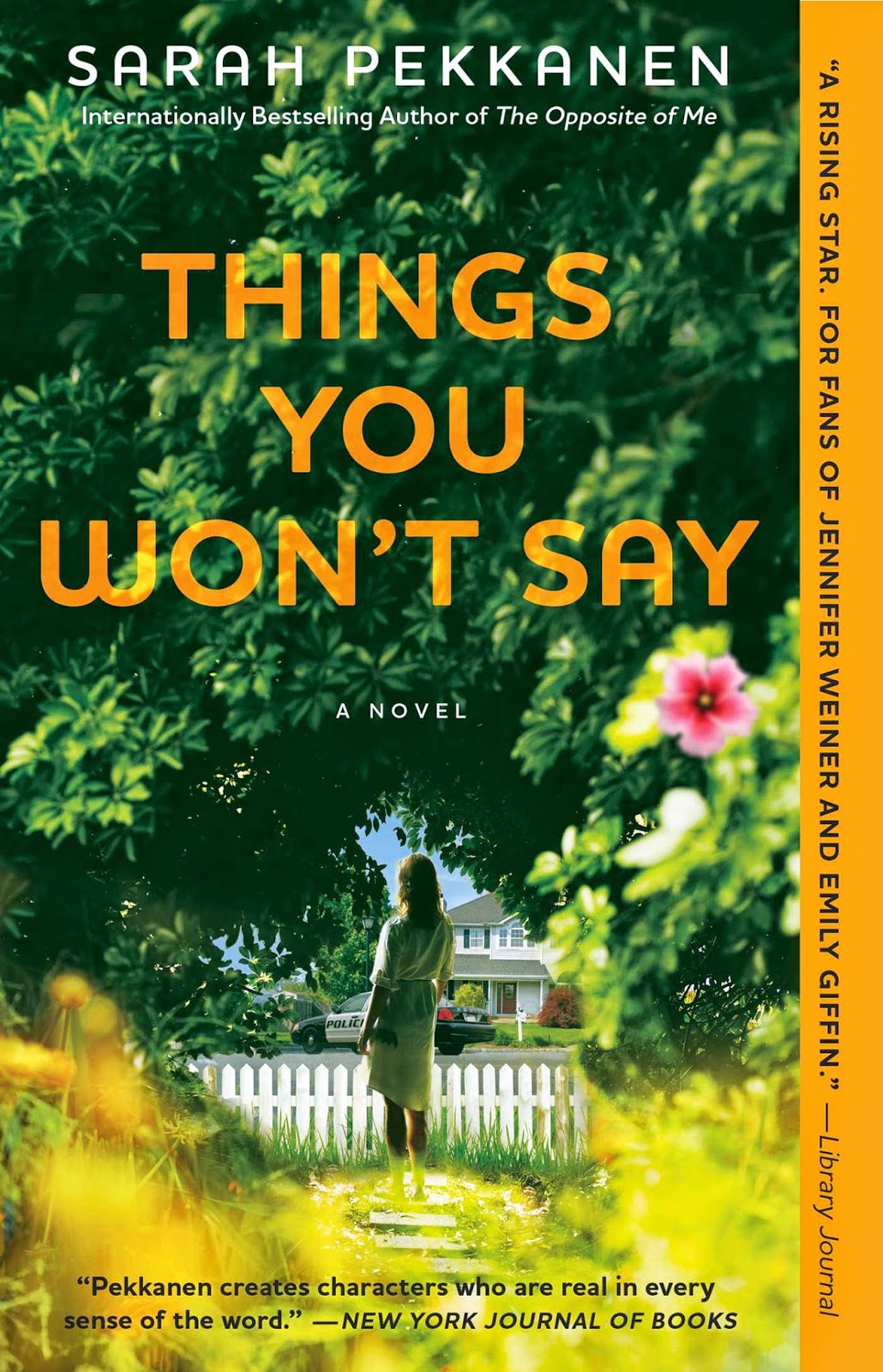 Jamie Anderson knew that when she married a cop she would always have to worry about her husband while he was on duty. Mike refuses to take a safe desk job, although he has certainly earned it, because he loves being out there in his assigned neighborhood so much.

When his long-time partner is shot and gravely injured just outside of police headquarters, Mike becomes an invisible casualty of the event. While Ritchie struggles to regain his mobility and speech Mike suffers with insomnia and depression and withdraws from his wife and children. One morning Jamie receives a call that changes her life. There has been another shooting but this time it was Mike who pulled the trigger.

As chaos unravels the Anderson's formerly happy home, Jamie's sister Lou takes over the role of caretaker and moves in with her big sister, while ex-girlfriend Christie sees the situation as an opportunity to rekindle her relationship with Mike. As the fault lines in Jamie and Mike's marriage become exposed Jamie decides that she will do whatever necessary to save her marriage and her family.

Things You Won't Say didn't start off as being one of my favourite Sarah Pekkanen novels, simply because the plot line is far from pleasant. There has been a shooting and it appears that Jamie's husband Mike, usually loyal and devoted and calm, is at fault. The majority of the book shows the Anderson family in crisis and while raw and realistic, it wasn't a book that I relaxed in to. I also had problems with two of the main characters. Mike is only shown as distant and disconnected from his family so I had a hard time getting on his side, even when flashbacks demonstrate his true nature. I also really didn't like Christie, as I'm assuming that I shouldn't. She seemed vain and very selfish, not to mention willing to do anything to get what she wants. For those reasons I didn't like this book as much as Pekkanen's previous releases.

However there were ways in which I liked Things You Won't Say even better than her previous books. Pekkanen's observations about motherhood are realistic and deep. She reflects on what the definition of a "good" mother is, and how we as women try to fill this role in similar ways, despite the fact that we are often so different from one another. She reflects on how sensitive we are to how others view our mothering, and how we often feel that we have fallen short in comparison to one another. This story is also a true reflection of marriage and how tough times can tear even the strongest couples apart. I related to Jamie in so many ways and I also related to many of her feelings about marriage and about standing by your husband no matter what. This book was gritty and raw and realistic, and I appreciated that Pekkanen chose not to sugarcoat anything. There were times when I couldn't agree with her observations more! Although it was not the focus at all times, I really appreciated how the Anderson family is portrayed as less than perfect. The Anderson children are, at times, enormous brats, and as the mother of less-than-perfect children I could relate. Not only could I relate but I could breathe a sigh of relief knowing that my children must not be the only ones who behave like that sometimes!

I enjoyed reading about Christie's job even though I didn't enjoy the character of Christie herself all that much. I liked Lou but I felt that the story didn't need her there. She was a secondary character without too much of a story of her own. I thought that it was fine that she was a part of the story but I never really connected with her.

Things You Won't Say is a powerful story about marriage and family and about right and wrong. Although I didn't necessarily agree with the direction that the story took at times I did find the story to be both relevant and timely, and I definitely recommend it to anyone looking for a thought-provoking read. My thanks to the publisher for providing me with a copy of this for review.
Posted by The Book Chick at 5:00 AM