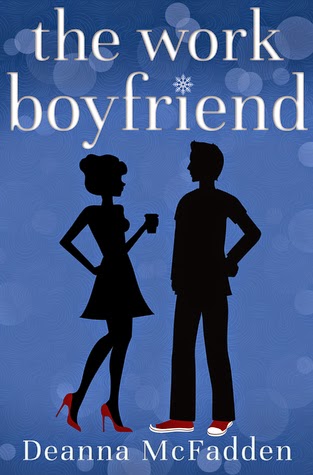 Kelly seems to be on the path towards adulthood. She has the perfect boyfriend, a stable job, and she actually owns property for goodness sake! She has a solid relationship with her mom and her sister, she knows how to decorate, and she's even planning to host a dinner party over the upcoming holidays. The catch? Kelly doesn't want to be on the path to adulthood. While her life looks perfect from the outside it seems to be spiraling out of control on the inside. Kelly does not want, and never has wanted, to be married or to have children. That's just not who she is. When boyfriend Rob lets her know that after ten years of dating he would like to make their commitment official Kelly balks at what this means for life as she knows it. Complicating matters is her "work boyfriend" Garrett, whom she fantasizes about in her off-work hours and who understands her lack of desire to follow tradition. When things come to a head over the holidays, Kelly finds herself taking stock of her life and where it's leading to determine if she even wants things to continue on as they have been.

The Work Boyfriend is an admirable debut from author Deanna McFadden. I immediately found myself liking the main character, Kelly, despite the fact that she is anti- marriage and -children, while those are two things that I found myself easily falling into. The fact that I was able to relate to a character who I had little in common with so easily is a testament to the author's character-building skills. Kelly is a mess, and even she knows it. While everyone around her seems to be growing up and moving forward with their lives she finds herself clinging to the past and to the current status of things. Kelly's history likely contributes to her desire not to be married- her dad left her mom when Kelly was very young and her mom spent most of her childhood bouncing from man to man, or living on next-to-nothing.  Kelly does not want to deal with her issues and instead resents change or personal growth.

Despite the fact that she managed to provide Kelly with a not-so-stable childhood, I really respected the character of Kelly's mom. She knows that she  didn't provide the stability that her daughters needed as children and since she has found a husband who is stable and loving, she tries to make it up to the girls in adulthood by providing them with a warm and loving household to visit. At one point in the book she offers Kelly advice and her wisdom is spot-on; you can tell that she definitely has her daughter's best interests at heart, just like a good mom should. I also liked the character of Annie- Kelly's step-dad's ex-wife- a colourful character with lots of heart whom I would have liked to have seen more of.

What I appreciated the most about The Work Boyfriend was the ending. It was everything that a good ending should be. It was not necessarily what I would have expected but it was perfect for the story- a fitting conclusion for a very enjoyable book. The emphasis was not on everyone getting the perfect fairy tale ending, but on everyone getting the perfect ending for them, whatever that may be.

I would like to read more by McFadden in the future. Her book could be classified as chick-lit with an edge, which is my favourite kind to read, her female characters were strong and realistic, and I found myself enjoying the distinctly Canadian setting and the references to places that are familiar to me.
Posted by The Book Chick at 5:00 AM