Review: "Milked: A Modern Mommy Tale With a Retro Twist " by Lisa Doyle 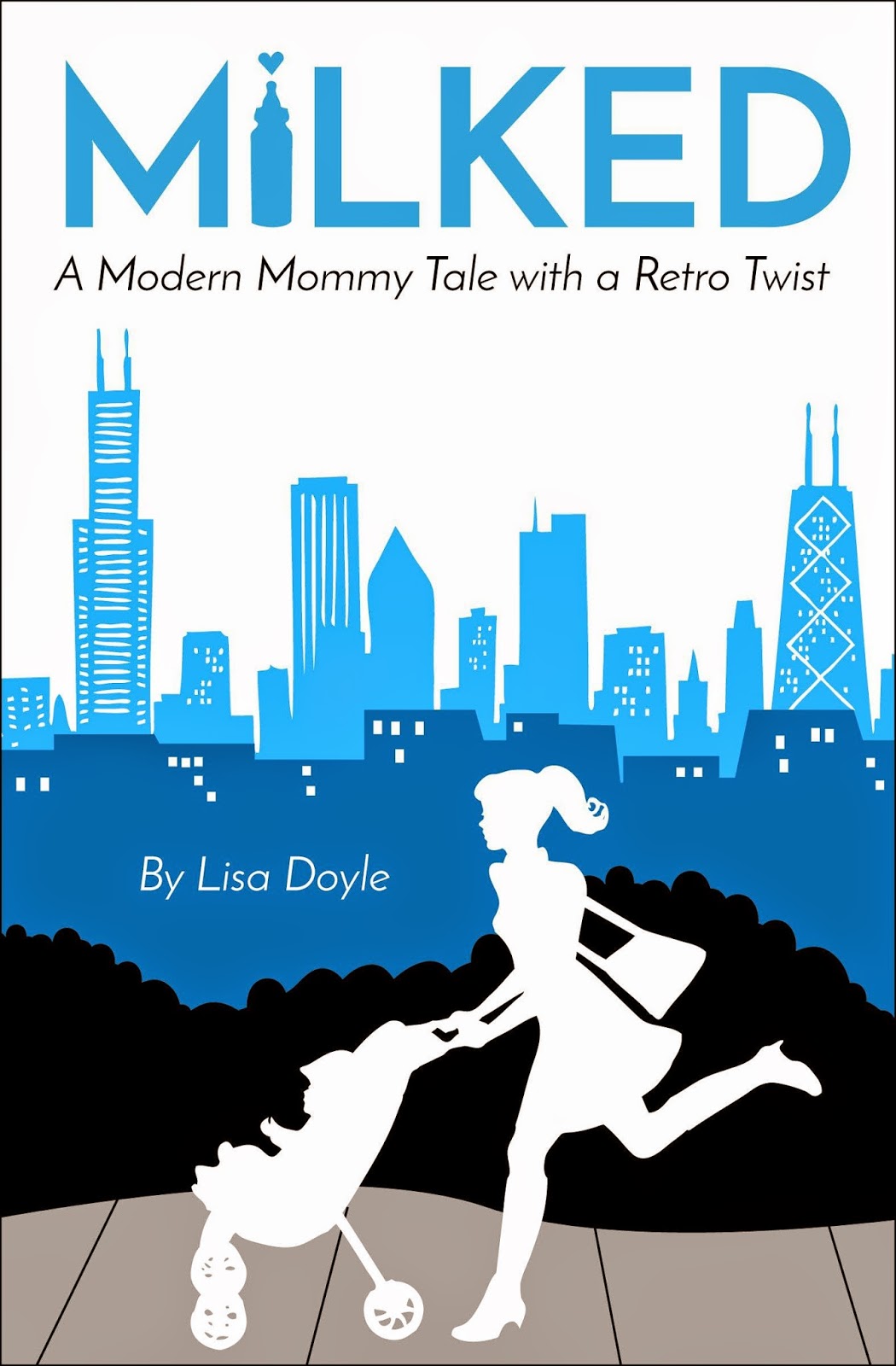 For the most part Amanda Keene has done her best to make solid, responsible decisions, even if they aren't the most exciting ones. That is, until the night of her thirtieth birthday when she meets a sexy Irish musician and embarks on a whirlwind romance. She and Eamonn spend three wonderful months together and when his visa expires and he needs to return to Ireland Amanda is confident that their relationship is far from over. However when Amanda finds herself pregnant she also finds herself suddenly single and unable to locate the fickle love of her life. She also, through a series of unfortunate events, finds herself unemployed and faced with a large bill for the portion of her C-Section that her insurance won't cover.

Unsure what to do next in order to keep a roof over her and her daughter's heads, Amanda is initially appalled when her best friend, OB-GYN Joy, tells her about an opening in the lucrative career of wet-nursing. When she takes the time to consider her options and learns that she has very few, Amanda finds herself nursing a set of twins for a wealthy Chicago family. As her new- found career alternates between taking off and crashing completely Amanda must deal with the realities of trying to keep her daughter happy and looked after with no support from her daughter's father while re-emerging onto the dating scene herself and dealing with the stigma associated with the job that she's doing. Will she be able to keep balancing all of the demands of single motherhood or is it only a period of time before she crashes and burns?

I'll admit my reluctance to reading this story initially, simply because the premise- wet-nursing- seemed so bizarre! It's not something that I generally gravitate towards reading about but I admired the uniqueness of this plot and I decided to give Milked a try. I am definitely glad that I did! The things that initially made me wary were what drew me in to this interesting and fast-paced story. Author Lisa Doyle is well aware that wet-nursing is controversial and she uses that as a talking point within the book. She never tries to gloss over the fact that it is something that is not usually the "done thing" but she does make the topic somewhat more acceptable by addressing it head-on. She also adds a fun element to the story by having it take place in the homes of some (fictional) rich and famous people, giving us a fun peek into bizarre celebrity lifestyle.

I loved the fact that things were never once easy for Amanda. Lisa Doyle makes sure that the book is realistic and that not everything falls into place easily. That is definitely one of my pet peeves and I'm so glad that Amanda had to struggle at times. It made her easier to relate to, and it made the story more enjoyable as a whole. I was rooting for Amanda to keep at it when times were tough and I was happy whenever she triumphed, even in a small way.

Milked was a surprisingly enjoyable fast-paced and fun book. I enjoyed reading it far more than I initially thought that I would. The story flowed, felt real, and was very well-written. This is Lisa Doyle's debut book and I am looking forward to reading what she writes in the future! My thanks to Chick Lit Plus Blog Tours for providing me with a review copy of this book.