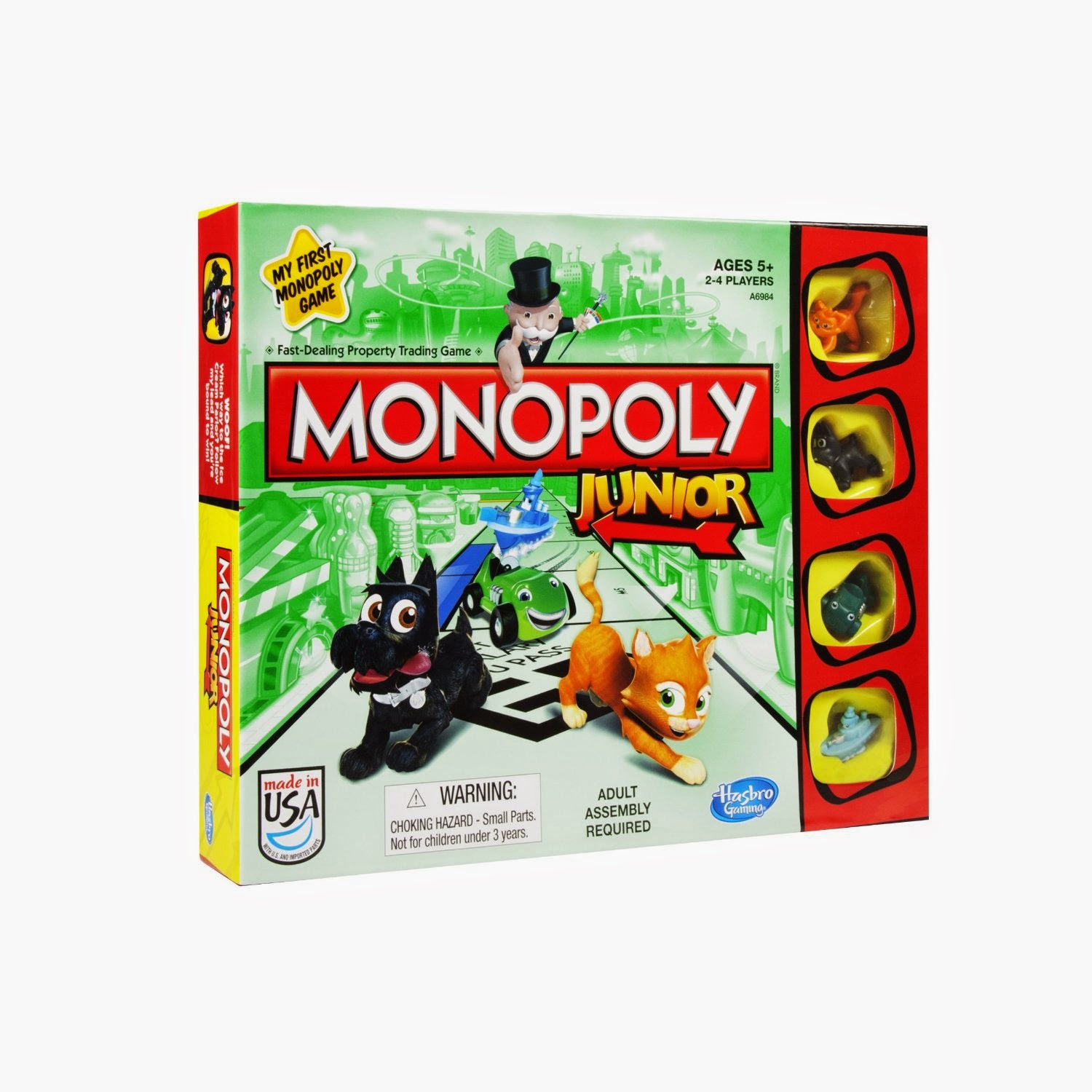 My kids are seven, nine, and fifteen and they are all into video games. I do my best to limit their screen time overall- I set time limits on video games and I have cancelled my cable- but video games seem to be the one thing that they continually gravitate towards in their free time. As a busy mom who works six days a week I always struggle to find ways to spend quality time with the boys. I'm certainly not interested in any of the video games that they are in to. We do read together on a nightly basis, and the boys take turns rotating who gets to walk our puppy, Kevin, with me, but I am always on the hunt for more ways to interact with them.

I was thrilled to receive an invitation to the Influenster Hasbro Gaming VoxBox! Influenster and Hasbro sent me Monopoly Junior to play with my boys, and I couldn't wait! We found time on a Sunday afternoon to sit down together (myself and the three boys) to play the game. I was happy that my fifteen-year-old was interested in playing with us too. Despite the fact that the game has been adjusted to meet the playing needs of young children, my oldest was still interested in spending some quality time with us! Monopoly Junior allows for up to four players total, so we each chose a fun character to be (boat, cat, car, dog) and away we went!

The first thing that I loved about this game were the simplified rules. My boys have played their own version of the adult Monopoly together before and usually the result is tears due to the over-complicated rules that they come up with. Monopoly Junior made the rules easy to follow so that even younger children can play along, and the game lasts about as long as their attention span does. The boys and I played two games together that day and have played several since! I also liked that you can play with two to four players. Sometimes we want to play as a family, but other times my youngest two boys just want to play alone.

My favourite part about Monopoly Junior, of course, is the time that we were able to spend together playing it. It was nice to have that break from playing video games and it was even nicer to be able to spend some quality time with my boys doing something that we all enjoyed! I'm excited about having Hasbro Game Nights as a family in the future! My thanks to Influenster for inviting me to participate in this campaign. I received Monopoly Junior in exchange for my honest opinion about the game.
Posted by The Book Chick at 1:41 PM