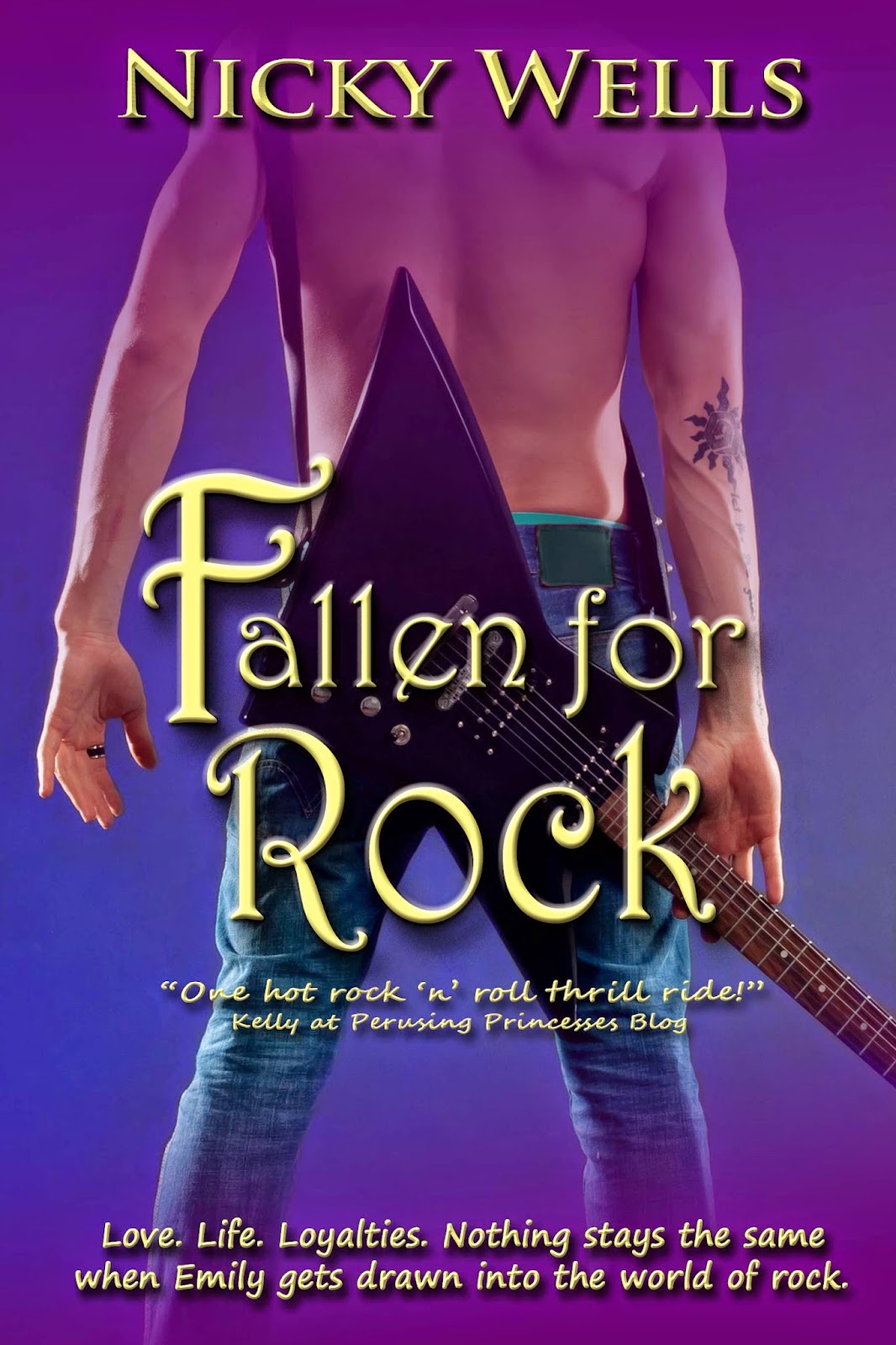 Buttoned-up, opera loving banker Emily broke up with her boyfriend Nate after one too many nights of listening to him pursue his rock-star dreams by playing his guitar in her apartment. The only problem is that now that she's kicked him to the curb she's realized that he was the right one for her after all and now she can't find him. When VIP tickets to an upcoming MonX concert land on her doorstep, courtesy of Nate before they broke up, Emily knows that the band will be her ticket to winning him back and she attends the concert, even though rock music isn't something that she knows anything about.

Once at the concert she discovers that rock music isn't what she assumed it to be and she develops a new respect for it. Especially appealing is front man Mike. Not only is he talented but he's incredibly sexy and Emily suddenly finds herself playing the role of a rock band groupie, touring with the band from place to place while she takes a short vacation from her job. While on tour Emily discovers a side of herself that she never knew existed, and she surprisingly finds that she likes the new Emily a lot.

After her week of touring like a rock star, Emily returns to work only to find herself unexpectedly unemployed. Suddenly her neatly ordered life has been turned upside down. She has no job, there is still no sign of Nate despite her increasingly frantic attempts to find him, and making things more complicated is the fact that Mike shows up on her doorstep one night desperate for a place to stay away from the relentless paparazzi. However despite the complications Emily finds that she is finding this version of her life far more fulfilling than her old life ever was, and she isn't eager to return to it.

Fallen for Rock was a fast-paced, fun book to read! I really appreciated the character of Emily and how she changes and grows over the course of the story and I felt that her conversion from uptight banker to rock fan was believable. The supporting characters were great too, and I especially enjoyed getting to know Mike. His character was the perfect combination of sweet and sexy, and I loved him. I also appreciated that the story didn't go exactly how I thought that it would. I often can predict the outcome of a book when I start reading it and while parts of it went how I thought that they would, others didn't and I appreciated the surprises! There were some really steamy scenes between a few of the characters and those were well-written and most definitely hot!

The only issue that I had with the story was that a few things came together too neatly for my liking towards the conclusion of the story and that felt unrealistic. I absolutely love it when things come together for the characters in the books that I'm reading but when everything seems to fall into place without any issues it makes that portion of the story feel forced to me.

Fallen for Rock was a story that drew me in right from the beginning. I enjoyed getting to know the characters in a way that made me feel connected to them and I rooted for all of them to find their happy endings! The story was well-written and it flowed well, and I appreciated the insight into the life of a rock star. It was clear to me how much author Nicky Wells loves rock and roll! My thanks to the author for providing me with a copy for review!
Posted by The Book Chick at 5:00 AM