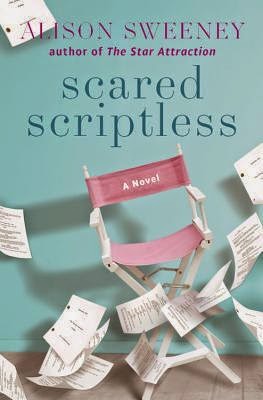 Maddy Carson loves lists and details and these aspects of her personality are what make her a fantastic script supervisor on the set of a successful TV drama. A small-town girl at heart she has very specific rules about Hollywood, one of those being that she will absolutely not date actors! She will, however, take a chance on love and date one of the executives at her company. When Maddy discovers that her beloved hometown of Wolf County is in financial trouble and her parents may have to sell their ski resort and move because of the economy, she concocts an idea for a reality show that could solve all of their problems. However she makes the mistake of involving boyfriend Craig in the project and when he turns out not to be the stand-up guy that Maddy thought, can she still manage to pull off selling her show?

Confusing matters is the fact that Maddy seems to be falling for Adam Devin, one of the new actors on the drama that she works on, despite her rule about not dating actors. As Maddy works her day job, tries to save her hometown from inevitable financial ruin, and tries to resist Adam's advances, she learns that sometimes she has to let go in order to grow as a person.

I haven't read Alison Sweeney's debut novel yet, and I didn't even realize that some of the characters in it reappeared in Scared Scriptless until after I was done reading! It definitely reads as a stand-alone novel, which is great for those who only have the opportunity to read one or the other. Reading it was an enjoyable experience. The writing was surprisingly good. Somehow Alison Sweeney has managed to become a triple threat- she can act, she can host The Biggest Loser, and she can write! Had I not known that she was the person writing it, I would not have not have guessed. There have been times that I have read books written by a celebrity and been unimpressed with the writing but this was not the case with Scared Scriptless! The plot was interesting and this book offered a fascinating look into what happens behind-the-scenes of a TV drama! I'm absolutely positive that Alison's extensive television experience lent a lot of authenticity to Maddy's experiences.

There were a few little things that bothered me about Scared Scriptless. My primary complaint was with Maddy, the main character. I liked her in a lot of ways, but in other ways she was just too timid and she had absolutely no confidence in herself or in her abilities. It was hard at times to stand behind a character that didn't believe that her ideas had any validity. I kept waiting for Maddy to start standing up for herself but it didn't really happen in the way that I was hoping. Another small complaint that I had was that the final quarter just wrapped up too neatly. I love a happy ending, but some of the ways that Sweeney chose to conclude the book seemed unrealistic, especially for Hollywood!

Despite the small things that I didn't love, Scared Scriptless was a great book and I would definitely recommend it to anyone who is curious about Hollywood and what happens behind the scenes. Those parts of the book were a lot of fun! I hope to go back and read Alison Sweeney's previous book, The Star Attraction, because I would love to know more about the handsome Billy and his background! He was definitely one of my favourite characters even though we don't get to see him as much as I would like in this book. This light read will be the perfect addition to your beach bag this summer! My thanks to the publisher for providing me with a copy for review.
Posted by The Book Chick at 5:00 AM