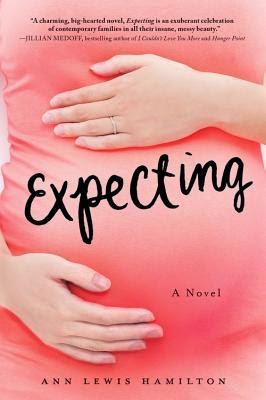 Laurie and Alan can't wait to be parents, but when two of her pregnancies end in miscarriage they turn to a fertility doctor for assistance. It isn't long until Laurie finds herself pregnant again and they are overjoyed when the pregnancy takes, but their joy quickly turns to confusion and heartbreak when the clinic calls to let them know that Laurie has accidentally been impregnated with another man's sperm. Who is Donor 296, and what will Laurie and Alan's future child be like?

Jack's parents doubt that he will ever graduate college. He's smart but indecisive, always changing his major to something new. That indecisiveness is especially evident as he juggles two very different girlfriends and changes his minor once again. When his parents cut off his cash flow in order to encourage him to finish school Jack finds himself searching the want ads for a way to make some easy money. When he stumbles across an ad seeking men to donate sperm he sees that he's found the easiest solution- getting paid for something that he would do for free!

Jack is shocked when he receives a phone call from a woman he's never met claiming to be carrying his child and he is even more surprised when he discovers that he actually likes this woman. Jack finds himself becoming a part of this emerging family in a way that he never anticipated.

It surprised me how much I enjoyed Expecting! I was expecting to like it, of course, based solely on the book description, but this is Ann Hamilton's debut novel so it was a pleasant surprise to discover how much I enjoyed her writing style and her prose. I found it difficult to put Expecting down! I was always eager to find out what would happen next. The story flowed from one scene to the next and I found myself sympathizing with all of the characters regardless of their individual situations. I found the plot especially interesting as well. Imagine thinking that you are pregnant with your husband's baby, only to discover that you are pregnant with another man's child! I would think that that would bring a whole mess of emotions and confusion to the surface, and these are precisely the things that Ann Hamilton explores.

(Spoiler alert) I did find that a few things about the book were far-fetched. I was surprised that it was so easy for Laurie to track down Jack, and I was especially surprised that Jack becomes so involved in Laurie and Alan's lives. I would expect a college- aged male who donates sperm to not want to have anything to do with the baby that is the result of his sperm donation, especially when you are young and have enough going on as it is. On one hand I can see that discovering that there is a baby about to be born that will be carrying your DNA may change your outlook on life, but on another I can imagine Jack wanting to wash his hands of the whole thing. I was also surprised that Laurie and Alan welcomed Jack's family so easily into their fold, I would think that they would be more protective of the new life that they created and their family of three. I'll be honest and say that even though I did find these aspects of the book far-fetched it wasn't really until after I was done the book that I thought that. While reading it those aspects just seemed to work for me as a whole, and it didn't seem all that unusual until after I was done reading.

I enjoyed Expecting - the thoughtful plot, interesting characters and skilled writing drew me into the story. If you're looking for a book that is interesting but still light enough for the beach I definitely recommend this book to you. My thanks to Netgalley and Sourcebooks for providing me with this review copy.
Posted by The Book Chick at 5:00 AM