Feature and Giveaway: "A Little Bit of Everything Lost" by Stephanie Elliot 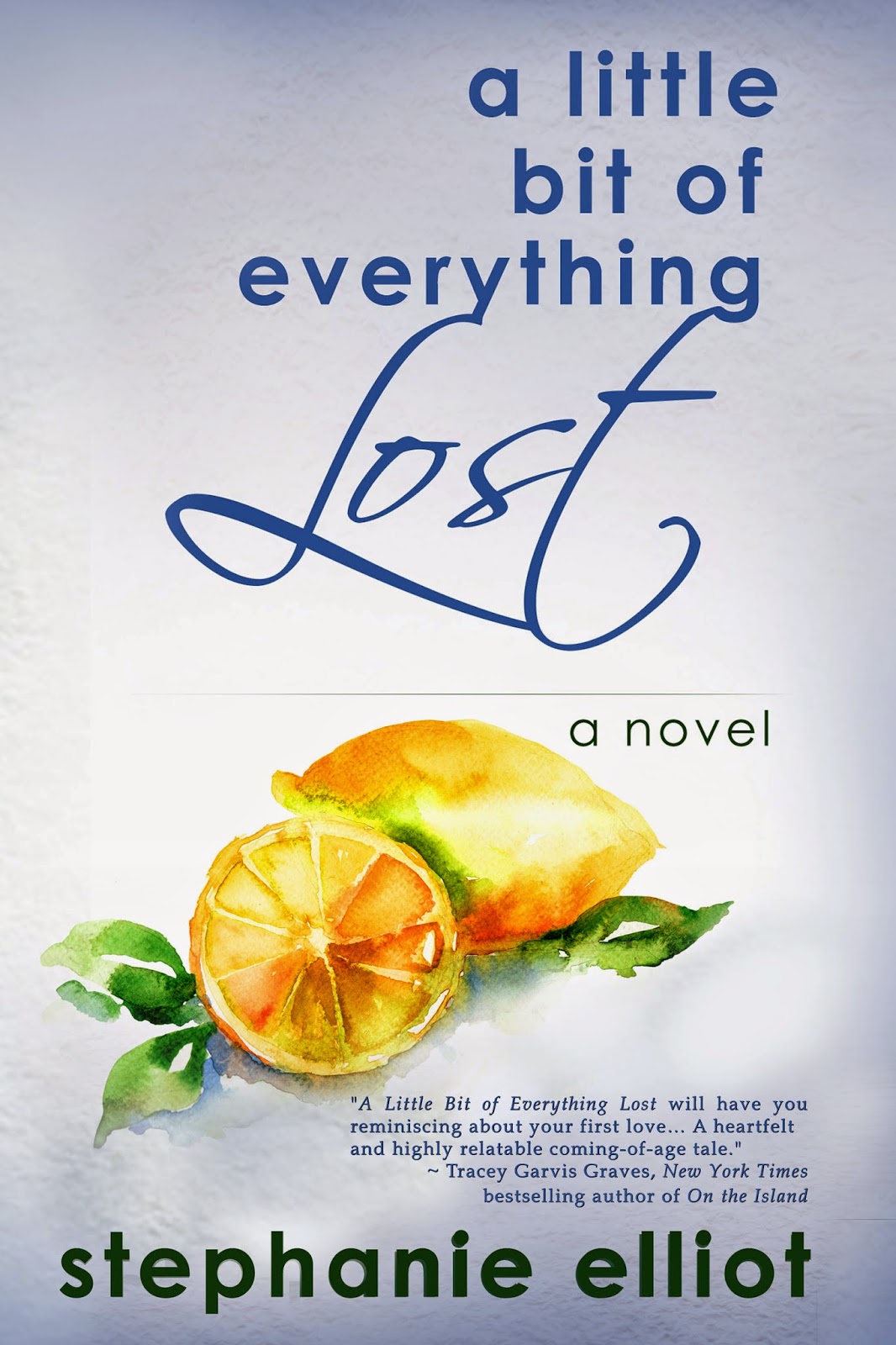 One of the books that currently lives in my towering TBR pile is the recent release by Stephanie Elliot, A Little Bit of Everything Lost. I can't wait to get to it, and while I wade my way through my pile I thought that I would give you a chance to win a copy for yourself! Make sure you enter using the Rafflecopter form at the bottom of this post after Stephanie's post about how she chose the book title.

At 19, Marnie plunged into first love with Joe, a guy who was completely wrong for her. Their romance was fast and exhilarating and like nothing Marnie had ever experienced or understood. Just as quickly as it began, it was over, with no explanation. He left her with unanswered questions and unexpected feelings of loss and regret, and a quiet grief she would carry with her for the next fifteen years.

When Joe returns, Marnie is a 34-year-old wife and mother to two rambunctious little boys, who is slowly healing from a devastating loss. All the emotions she suppressed from the past fifteen years surge to the surface, threatening to ruin her marriage and destroy her family. She'll need to confront the one person who hurt her the most to realize that love and loss sometimes go hand in hand… and that you have to live with some of your toughest choices for the rest of your life.


A Little Bit of Everything Lost is part coming-of-age/part love story. It's a story about a woman desperate to make peace with the past. It's for all women who have ever experienced the magnitude of first love, whether it was a lasting bond or a fleeting moment. Because first love - while it might not have been the best love - is a love none of us ever forgets.

On Book Titles by Stephanie Elliot:

When it comes to creating a book title, sometimes it seems more difficult than the actual writing of the book. With my first novel, What She Left Us, I thought I had the title chosen before I even wrote the book. It was originally called The Other Only Child. Isn't that a really interesting title? I had an idea about two sisters who were quite a few years apart in age and that was really all I had. But then as the story grew, I knew that title wouldn't work because it would give too much away so I had to come up with something else. The mother dies in the story (that's not a spoiler) and the two sisters discover they may have the same disease that their mom died from. Hence "What She Left Us." But there's even more that she left them and as the reader reads, secrets are unveiled, and the title makes much more sense at the end of the book. So, while I loved the original The Other Only Child title which sparked the idea for the book, it didn't work well at the end.

For A Little Bit of Everything Lost, I had NO idea for a title for YEARS! I knew what I wanted to write about - an ex-boyfriend and some unfinished business, but that was about it. The original working title was Checked Out, because Marnie, the main character was maybe going to be a librarian, and she was going to be kind of messed up/checked out. So I thought that would be a good title. But then it turned out she wasn't a librarian, but a photographer.

I then liked the title of Picturing You, because of the play of the word "picture" and her being a photographer, but there are too many similar titles that exist already. The title was Before the Beginning for a very long time, and that seemed OK, but I didn't love it.

So the next step to find a title was this: I jotted down every single word that kind of felt like it might be a good word for a title in the book and read the list over and over. Nothing felt right. Finally, I settled on The Life After and had a book cover created.

But then, when it came time to publish it, I changed my mind. I didn't like the title The Life After at all. So I went back to my list of words and added even more. I had a list of 172 words to work with. I took that list and made each word into bigger font sizes and then printed out the list and cut each word out. Then I sat on the floor with the words and played with them like they were a puzzle, rearranging them all until I saw something that clicked for me. And that's when I found A Little Bit of Everything Lost.

Because in the story Marnie loses a little bit of everything. As a 19-year-old, she loses herself to Joe completely. She loses perspective on what her values are. She loses herself in a whirlwind romance. She is lost to grief and sadness. As an adult, she is at risk of losing her family by what she does, and she loses perspective on what is right from wrong. I think the title says it all and I hope you will enjoy A Little Bit of Everything Lost and the story of Marnie!

Stephanie Elliot is the author of A Little Bit of Everything Lost, What She Left Us, and the novella, The Cell Phone Lot. She is also a writer and editor and has written for a variety of newspapers, magazines and websites. In her spare time she edits manuscripts for other writers and proofs executive documents. She lives in Arizona with her husband and three children.