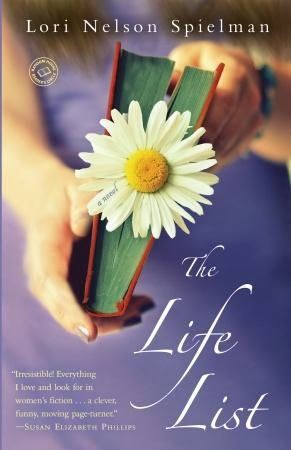 Brett Bohlinger seems to have it all. She's very close to her mother, she has a successful and handsome boyfriend, a beautiful apartment and a cushy job at her mother's cosmetics company. When her mother passes away, Brett's world is turned upside down. Not only is Brett devastated by the loss of the woman that she considered to be one of her best friends, but her mother's will comes as a shock as well. Instead of inheriting the family company as she expected, Brett is given a list of goals that she made back when she was a teenager. Some goals are crossed off and accomplished, some are not. Brett's mother's stipulation is that in order to receive her share of the inheritance, she must complete the remaining ten goals on the list in the next 12-month period. The only problem is that some of them are seemingly impossible to do.

As the next 12 months passes and Brett crosses some of the goals off of her list, Brett's priorities begin to change and she realizes that some of the things that she used to think were important- money, status, social standing- don't really matter at all.

The Life List is a well-written, charming book that had me reflecting back on my teenage self and how different my goals were then from what they are now. I thoroughly enjoyed the story and I connected to Brett right from the beginning. Even though she starts out wealthy at the beginning of the book the reader can tell that she's not affected by it in the way that others could be. Sure, she owns some of the trappings of wealthy people, but I could really tell that the money wasn't important to her in the same way that it may be for others. Instead she was focused on the recent passing of her mother and how she had lost such an important person to her. While her oldest brother focused on outward appearances, Brett was focused only on what was important.

The story was interesting and it flowed very nicely. I found it captured me from the beginning and it sucked me in even more as the story continued. As Brett sets out to complete some of her childhood goals- at first reluctantly and later with more enthusiasm- I found myself enjoying witnessing her transformation and I couldn't wait to discover how it would all pan out. As Brett approached her one-year deadline with a few unfinished goals, I cheered her on and hoped for a happy ending. The only thing that bothered me a little was how a few aspects of the story came together too nicely. I'm all for a good coincidence but there were a few times when things happened that seemed unrealistic, even for a fictional story. These incidences bothered me a little bit, but they didn't detract from my overall enjoyment of the story.

The Life List is touching and thought-provoking, and overall a charming debut. I look forward to seeing what this author comes out with next!
Posted by The Book Chick at 5:00 AM