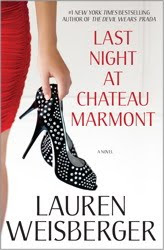 Brooke fell in love with her husband when she saw him give an impromptu performance at a dive bar that she was visiting with her best friend. Julian is sweet and gorgeous and a little shy, but they've been married for five years and she can't imagine him any other way. Brooke works two jobs as a nutritionist to support Julian as he interns with Sony and works on his debut album. He's been signed with Sony, but as a new artist has a one in a million shot at making it big.

After a series of events lands Julian as a guest on The Tonight Show, their wildest dreams start coming true. The "right" people see him and he's suddenly a musician in demand. Suddenly he has an agent, a publicist, and an image consultant. He's on big talk shows, he's opening up for Maroon 5 on their tour, and America just cannot get enough of Julian Alter. Dream come true, right? Wrong! All of a sudden Julian is never home, and when he is, their conversation is stilted. When incriminating photos appear in a national gossip rag, Brooke is devastated, and must decide if she wants to be the "nobody" wife of a celebrity.

I really related to the plot of Last Night At Chateau Marmont. My husband is a musician, and when I met him he was busy touring with his band. The members ended up parting ways for an unrelated reason, but I've always wondered what it would be like to be a rock star's wife- and I've always been secretly glad that I'm not. I like my quiet, under the radar life, and the life that is portrayed by Weisberger in this book is not one that I would desire. I appreciated her portrayal of one potential consequence of becoming an overnight celebrity, and it's not one that I feel I've missed out on.

Beyond the interesting plot, Weisberger has created an abundance of interesting and intelligent characters. My favourite was, of course, was Brooke, the supportive wife who is shoved into the background when stardom hits. Even though she was, understandably, swept up in the Hollywood glamour of being married to an overnight success, she managed to maintain her sense of normalcy. Or at least she tried to. Special mention goes to Nola, Brooke's best friend. Somehow she always seemed to know when Brooke needed a shoulder to cry on or just a really good distraction. We should all be lucky enough to have a friend like her.

Last Night At Chateau Marmont was definitely my favourite book by Lauren Weisberger since I fell in love with The Devil Wears Prada. Interesting, insightful, and as entertaining as a gossip magazine, you'll hardly be able to put it down.

Rating: 4.5 stars out of 5
Recommended to: Fans of Lauren Weisberger and women's fiction
Challenges: 2010 100+ Reading Challenge, 2010 Support Your Local Library Challenge
Posted by The Book Chick at 5:00 AM