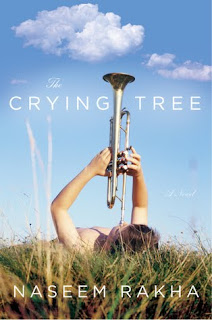 Irene Stanley is enjoying life on the family farm in a small town in Illinois with her husband, Nate, and her two children Bliss and Shep when Nate announces that he's been offered a job as a deputy sheriff in Oregon and that the family will be moving. Irene is devstated and fights Nate on his decision, but in the end Nate insists and the family moves.

Once in Oregon, Irene tries her best to make things work for her family in their new home. She gets a job and encourages her children in school, but then the unthinkable happens. Shep, 15 at the time, is shot to death during an apparent robbery. Shep's killer, Daniel Robbins, comes forward and is arrested, and is later sent to death row.

Fast forward. It is several years later and Daniel has finally given up his appeals to live. He's slated for an October execution, but Irene has struck up an unconventional friendship with her son's killer. As his execution date looms Irene will find out about the secrets that have been hidden from her since her son's death, and she will embark on a personal journey of forgiveness.

The Crying Tree takes on a sensitive and controversial topic, capital punishment, and puts an intimate spin on it. Although parts of the book are difficult to read, considering that we are dealing with the life of a human being (albeit one that is fictional), this is a story worth reading. I appreciated all of the varied aspects of this haunting story- the question of when one human being has the right to sentence another to death, as well as how to forgive the one person who has caused you the most pain in life. Naseem Rakha writes with sensitivity and grace, despite the difficulty of the topics.

I especially appreciated Irene's journey of forgiveness. For so many years she harbours only bitterness towards her son's killer, and the will to see his death executed. She longs for it to be over, so that she can move on with her life. One letter changes her life. She writes to her son's killer in an attempt at closure, but instead she gets to know Daniel Robbins and discovers that he is an imperfect human being, and not a monster as she has previously believed.

The Crying Tree will make an excellent book club read because there is so much to contemplate while reading the story of Irene Stanley and her family. I'm not the only one who thinks this- The Crying Tree has been chosen as a book club pick by Richard & Judy's Bookclub in the UK. This poignant and emotional story is one not to be missed.

Thanks to Sarah at Terra Communications I have one copy of this book to share with my readers. To enter:

1. *Mandatory Entry* Post a comment and let me know that you want to read this book. Please include an e-mail address so that I can contact you if you win. No e-mail = no entry!

2. *Bonus Entry* Become a follower of this blog through Google Friend Connect and let me know in a separate comment that you now follow. Current followers are eligible as well, just let me know that you already follow.

3. *Bonus Entry* Spread the word about this contest in some way. Facebook it, Tweet about it, or post about it in your blog. Leave me a separate comment to let me know how you spread the word.

This contest is open to residents of the US and Canada, no PO Boxes please. This contest runs until October 1, 2010 at midnight, and winners will be notified by e-mail. Good luck!
Posted by The Book Chick at 5:00 AM