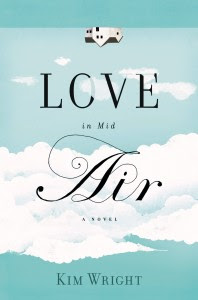 Elyse Bearden is on a flight on the way back from a pottery show when she makes a decision that will change her life. She switches seats with a stranger and ends up sitting next to Gerry, the man who will cause her to question everything that she's ever believed in. After a brief but chemistry-filled encounter with him, she returns home to her passive husband Phil, her fulfilling pottery business, and her young daughter Tori, but suddenly things don't look the same as they always have.

Weeks later, Elyse finally gathers enough courage to call Gerry. The chemistry between them is still there, and they meet up in a hotel. Their affair has officially begun. In the next months Elyse alternates between trying to save her failing marriage while falling for Gerry. Her friends and fellow book-club members try to convince her of all that she will lose by walking out of her marriage, and by doing so spark heated discussions about their own flawed personal lives. Ultimately Elyse must decide if all that she will gain by walking out on her marriage will be worth all that she loses.

Anyone who has ever been married knows that it's not all a walk in the park. Yes, there are good times, bordering on perfection. For every good time, there seems to be a bad time too; many marriages eventually reach the point when one contemplates walking out the other, even if that final step is never taken. Our divorce rate (almost 40% of Canadian marriages ended in divorce in 2003) should emphasize that point. Love in Mid Air was a reflection on marriage- the sacrifices that we make to stay married, the times when we wish that we could leave, what can be lost by staying, and what we can gain by leaving. It was interesting to me that Elyse spends much of the book giving her marriage one last shot. She attends counselling with her husband, she tries wearing sexy lingerie for him, and she tries to be more agreeable in his prescence. Yes, she's involved in an affair with Gerry at the time (including monthly hotel visits and frequent phone calls), but she's still giving her marriage one last effort. Some could argue (and some in the book do) that Elyse isn't being fair- she should either concentrate on her marriage, or she should leave Phil and concentrate on her new relationship, but I would have to say that at least she did make an effort. The fact that these continued efforts didn't work attest to the fact that her marriage really wasn't working anymore.

I only had one small problem with the book, and that was within the conclusion. A particular event occurs towards the end which wrapped things up tidily, but I felt that the particular event essentially excused Elyse from her actions. Cheating is wrong (although not always black and white), even during the last gasps of a marriage. I think that Elyse should have had to fully face the consequences of cheating on her husband.

Aside from that, I found the book enjoyable and found it very thought-provoking. It presented the institution of marriage from a variety of different directions. It would make a fantastic book club selection, as evidenced by the fact that it was chosen as the SheKnows.com book club selection for August/September. If you would like to read the first part of the book you can do so here, or you can visit http://www.loveinmidair.com/ to see the book's trailer. Thank-you to Kim Wright for sending a review copy of this book my way, and please come back tomorrow as she will be visiting and talking about a topic that has been very controversial lately!

Rating: 4 stars out of 5
Recommended to: Fans of thought-provoking fiction
Challenges: 2010 100+ Reading Challenge, New Author Challenge 2010
Posted by The Book Chick at 7:11 AM