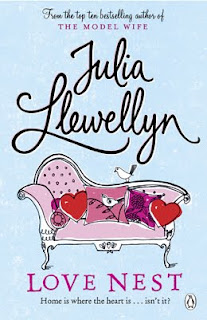 After Grace's beloved mother passes away she's forced to sell Chadlicote, their rambling mansion badly in need of repair, because she can't possibly fix everything. Gemma Meehan is desperate to get pregnant against the odds, and will do anything to make that possible, but they need to sell her husband's bachelor pad to make way for baby. Rising rock star Nick Crex is itching to get away from his high school sweetheart because she just doesn't fit with his new image. He starts looking into buying an apartment of his own, without her knowledge. Karen Drake, mother of two, didn't marry her husband because she loved him, but because he offered her the security that she was desperate for. Since her husband foudn out that he had and later beat cancer, everything has changed. He's pushing Karen to move with him into the country, which Karen despises, and Karen's going to have to re-evaluate if this is the life that she wants to lead. Finally, Lucinda thought that after graduating college she would be guaranteed a position in her father's successful business. He's thrown her for a loop, though, and refuses to take her on until she's obtained some job experience of her own. She's currently a realtor and she's desperate to prove her worth. And this is the Love Nest.

I loved this one from the beginning. Every character had a personality and problems all their own, yet the different storylines managed to work well together. I had a few issues with keeping some of the characters straight in the beginning, specifically when Grace starts writing letters to a friend of hers who never appears in the book in person. Other than that small confusion, I really found that the characters were well defined and enjoyable to read about.

What I loved the most about this book was the unconventional ending. In general terms, most chick lit has a resiquite happy ending. Don't get me wrong- I love happy endings, and I know that when I pick up this genre of book I won't end up disappointed or sad at the end. Love Nest has a completely different ending. The character's stories are all wrapped up, but they don't necessarily end in the way that you think that they will. This isn't one of those well-I-could-see-that-coming-a-mile-away endings, and that is what sets Julia Llewellyn apart from some other chick lit authors that I've read. This is just one of the reasons that I will be seeking out her backlist titles.

Love Nest was a fun, highly entertaining read, and I would recommend it to anyone who loves chick lit or women's fiction. Thank-you to Penguin Canada for this review copy! You can read an excerpt of this book here.