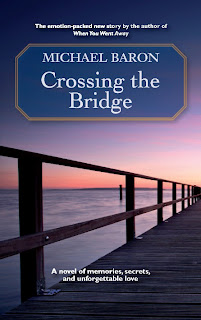 Hugh Penders has been drifting from job to job, place to place, ever since his brother died in a drunk driving accident nearly a decade ago. He avoids his childhood New England home for two reasons: he feels that his presence only reminds his parents that his brother is no longer alive, and he has a secret. Hugh knows that he could have stopped his brother from driving that night, as he was the last person that Chase saw before his death. Hugh is keeping another secret buried: he was in love with his brother's girlfriend, Iris.

When Hugh's father suffers a serious heart attack Hugh comes home to see him, and ends up running the family business while his father is recovering. Conveniently he had quit his job just before his father fell ill and had nowhere else to be. When Hugh runs into his brother's old girlfriend, Iris, on the street in front of his father's store, the two rekindle their friendship. When Hugh starts to feel that he is falling in love with Iris, things become more complicated than either bargained for, and the two must begin to wade through their memories from the past.

I enjoyed Crossing the Bridge. Hugh was richly drawn- a complicated man running from his past and unable to shake free from his late brother's shadow. His mother and father were also characters that I began to care about- his father was a gruff man, unable to show much emotion, yet there were definite moments when his love for his son shone through. His mother seemed to be the invisible glue that held the family together despite their tragic history. The only character that I wasn't able to relate to was the character of Iris, Hugh's girlfriend. I understood why she would have reservations about being involved with Hugh, yet I felt that she kept him at arm's length at all times and I couldn't quite understand why she expected Hugh to run after her all of the time. The plot was interesting, and continued to hold my attention throughout, and the ending was satisfying, as good women's fiction should be. I look forward to reading Michael Baron's future novels, as they provide a rare glimpse of what is going on inside a man's head.

Thank-you to the publisher, The Story Plant, for this review copy. Stay tuned tomorrow when Michael Baron guest blogs at The Book Chick!

Rating: 3.5 stars out of 5
Recommended to: Fans of romantic fiction, as well as fans of Nicholas Sparks novels
Challenges: 2010 100+ Reading Challenge, New Author Challenge 2010
Posted by The Book Chick at 4:43 PM