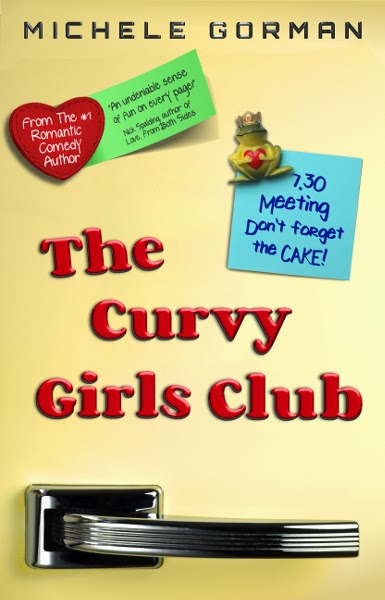 Four friends, all belonging to a slimming club (think Weight Watchers), are tired of being told that they have such a pretty face- if only they could lose a few pounds! They are tired of being judged by the numbers on the scale, and they are tired of being ostracized by the public who judge without knowing anything about the person behind the number on the scale. They decide that the slimming club has done all it can do for them and they quit, but unwilling to lose their friendship with one another as well as their weekly social outing, they begin a 'Curvy Girls Club' instead. Katie quickly falls into the role of president and she finds herself spending less time and energy on her day job and more time booking events for the plus-sized club instead. The four friends are surprised as their numbers explode- it turns out that there are more people out there with their mindset than they once thought!

When Katie finds herself unexpectedly dropping quite a bit of weight her friends wonder if she is the right 'face' for The Curvy Girls Club anymore. As the four women battle with yo-yo dieting, getting naked on national television, men troubles and more they find their close friendship threatened and they must decide if The Curvy Girls Club is more important to them than the bonds that the four have formed.

I really enjoyed The Curvy Girls Club. It seems to have been written for anyone who has struggled with their weight and the expectations that society puts on overweight people. Even though the four women in this book view their weight from very different perspectives, and will go to very different lengths to lose it, I found myself relating to each one in some way-a definite compliment to the writing skills of author Michele Gorman! It doesn't happen very often when I find myself connecting with all of the characters in some way, rather than just one or two.

I appreciated the idea of forming a 'Curvy Girls Club', a place where everyone can go and be who they truly are in spite of what they look like on the outside. I've struggled with my weight since I was young and I will always be a 'curvy girl'- it's just who I am! I go to the gym regularly and I try to eat healthfully because that is what makes me feel good, but I will never be what society deems 'skinny', despite my efforts to have a healthy lifestyle. I love the idea of being able to meet with like-minded individuals who are able to love themselves for who they are, whatever size that happens to be!

My only criticism for the book was that I found it difficult to keep a few of the characters separate in my mind in the beginning. It was easy to identify our main character Katie and her story, but I found that the others blurred together at first and I would think that I was reading about one character when in fact I was reading about someone different! I think that I would have appreciated entire chapters told from alternating characters' view; it may have made them stand out more as individuals in my mind.

Michele Gorman has been on my list of favourite authors for some time now. Her writing skills and interesting plots have always drawn me in and I have not been disappointed with even one of her books! The Curvy Girls Club is the book that she has written that has hit the closest to home for me and it should go without saying that it is now one of my favourites by her. I am definitely looking forward to her next book- a Curvy Girls sequel perhaps? My thanks to the author for providing me with a review copy in exchange for my honest opinion.

The Curvy Girls Club has come to life and now has its own group on Facebook! "It’s a friendly, supportive community where everyone is welcome regardless of where they tip the scales, a fun place for people who want to love themselves." (From the Facebook group)
Posted by The Book Chick at 5:00 AM