THE WIDOW by Fiona Barton 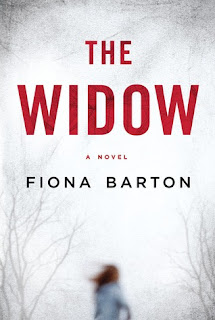 Ever since she married young, Jean has been busy trying to be the perfect wife. When her husband Glen told her not to come in to his office at night without knocking first, she complied. When he told her to pretend that she lost their credit card and to cancel it, she did. When he told her that the stuff downloaded on to their computer was downloaded accidentally, she believed him. When he told her that there was absolutely no way that he kidnapped Baby Bella, a missing child located not that far from them, she believed him. Who could possibly kidnap a child? Not her husband.

But now Glen is dead, hit by a bus when he tripped outside of a shopping centre, and the truth is free to come out. Jean is tired of being the perfect wife, tired of carrying such awful secrets, and she's ready to let go of them- but only in her own time. Veteran reporter Kate has wormed her way into Jean's confidence and Jean is finally ready to tell her side of the story.

It's only recently that I have become a fan of psychological thrillers. Books such as Gone Girl, The Good Girl, and The Girl on the Train introduced me to this new-to-me genre and I can say that The Widow is truly one of the best that I've read so far. Author Fiona Barton tells the story of the mystery behind the disappearance of toddler Bella from multiple points of view, and from various key times throughout the several years after Bella's disappearance. We hear from Jean, the widow of the man accused of taking her, Glen himself, Kate, the reporter with much invested in the story, and the detective in charge of the case who will be unable to rest until the truth comes out. Although the format (bouncing between different POV's and times) had the potential to be confusing, it wasn't at all. I was quickly able to determine who was narrating each chapter, and what point in time it was.

I found The Widow absolutely riveting. I couldn't put it down, I found myself thinking about it when I wasn't reading it, and although I guessed around the ending, the conclusion still had me fascinated. Although the subject matter is certainly dark (kidnapping and child pornography), Barton is careful never to delve into overly graphic descriptions, keeping the book readable. This is by far one of the best books that I have read this year and it will stay with me for quite some time, I'm sure.
Posted by The Book Chick at 1:45 PM