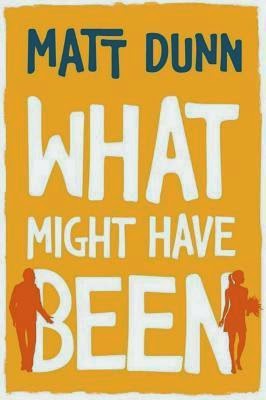 Sarah, mourning the death of her jazz musician father and finding herself virtually alone in a foreign country, finds herself in a dive bar one night listening to the music played by Evan, a former international superstar currently flying under the radar. Evan and Sarah meet and their chemistry is undeniable. They spend one spectacular night together and then forces align to drive them apart. Evan leaves on a year-long overseas tour with the band The Police, and Sarah finds herself continuing with the unsatisfying relationship that she is having with her boss, David.

Fast-forward a year later and Evan has realized that Sarah is the love of his life and he is back in the UK to try to convince her of that. The only problem is that Sarah is engaged to be married to David- and the wedding is in a week! With the help of Sarah's best friend Grace can Evan convince Sarah that marrying David would be a monumental mistake before she walks down the aisle?

What Might Have Been had huge potential from the beginning, and as a fan of all of Matt Dunn's previous books I was expecting something great! Unfortunately the reality fell short of my expectations. I loved the plot, and I loved the character of Evan. He came across as sincere and funny and sweet and I loved his parts in the story. Even though he was a bit character I loved the scenes with Mel, Evan's friend and local bar owner, as well. I enjoyed the direction that Dunn took the book in and the conclusion worked for me.

What didn't work for me was the character of Sarah. She seemed indecisive and lacking any kind of opinion of her own. She dates her boss because he is persistent and she doesn't know anyone in the UK. Making matters worse, she marries him not because she loves him but because he asked her and she feels like her job could be compromised if she says no. The sad part is that she doesn't even like her job that much, she just does it because she's good at it! Then, when she lucks out and meets a man that she does have chemistry with, she lacks the self-respect to just go after what she wants, even though what she should do could not be more obvious to those around her. I had a hard time relating to Sarah, and I even actively disliked her at times, so unfortunately that took away from the book for me.

I love Matt Dunn and will continue to read anything that he writes, but What Might Have Been was not my favourite of his so far and that was disappointing. My thanks to the author and NetGalley for this review copy.
Posted by The Book Chick at 5:00 AM