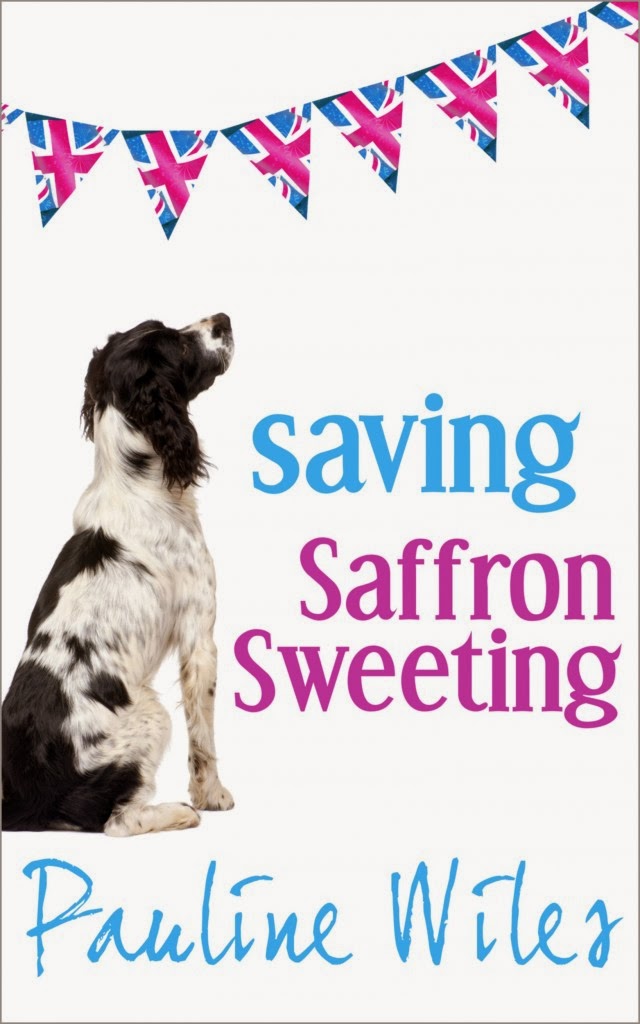 Grace Palmer made the decision to move to the United States with her husband the computer geek four years ago and other than the fact that she misses her friends and family, not to mention traditional afternoon tea, she has been enjoying it. She's tried a few things and she has even started her own interior design business. When Grace discovers that her husband has cheated on her with one of her best (only!) clients, Grace flies home to England to lick her wounds in peace. Her marriage may be over, but that doesn't mean that her life has to be!

As someone who loves British culture (and longs to visit Britain!), I thoroughly enjoyed this peek into a small British village. Pauline Wiles highlights some of the glaring differences between British culture and North American culture and I found those portions alone fascinating! Add to that the endearing characters and storyline and I was hooked!

Although a few peoples stories are touched on throughout Saving Saffron Sweeting, I most enjoyed the story of Grace, our main character. Grace thought that when she said "I Do" it would be forever, and finding out that her husband has cheated, although he swears that it was only once and that it was a horrible mistake, is devastating. We spend the remainder of the book cheering Grace on as she tries to decide if she wants to forgive her husband or if she wants to divorce him and move on. Cheating is usually a black and white issue with me. In my opinion if you cheat, there's no coming back from that. Wiles decides to take a different avenue on this topic and leaves the possibility of reconciliation open for consideration. Despite my stance on cheating in my personal life, I found this alternate perspective interesting and well thought out. I spent the book wondering if Grace would take her husband back, and despite the fact that he had cheated, I found myself secretly hoping that she would (I won't tell you what happens, though, because where's the fun in that?).

If you generally shy away from self-published books because you are concerned that they will be riddled with spelling and grammatical errors, rest assured that Saving Saffron Sweeting is beautifully edited and you truly can't tell if the book has been self- or traditionally published.

With characters that you can't help but cheer for, an engaging storyline, and lots of fun facts about British culture, Saving Saffron Sweeting is a must-read in my opinion. I loved it and I will definitely be reading future releases from this debut author. My thanks to the author for providing me with a copy for review!
Posted by The Book Chick at 6:54 AM