Review: "Good To Myself" by Heather Wardell 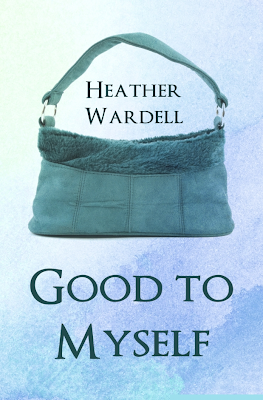 Lydia Grange is the Canadian equivalent of Carrie Bradshaw. She's in her late 30's, loves shopping and clothes, and she really enjoys being good to herself. An Internet columnist, she longs to be promoted to the lead columnist position and it seems like her dream is finally within her grasp. Boss Felix announces that there will be a competition for the position. All Lydia has to do is be good to herself for four weeks and blog about it, along with mommy blogger Sasha and bargain-obsessed Patricia, and the winner will be chosen from among those three. Lydia figures that she has this one in the bag. She always buys herself exactly what she wants and she's very good at it. However as the competition carries on Lydia discovers that being good to herself doesn't carry the meaning that she once thought it did.

Good To Myself is the tenth novel in Heather Wardell's Toronto Series and I enjoyed it. The theme of being good to oneself was prevalent and it was interesting to explore. All too often being good to ourselves is interpreted as buying ourselves exactly what we want when we want it but Wardell explores further into the idea and comes up with some great conclusions. Lydia, the main character, comes to realize that while she thought all along that she was being good to herself, in fact she wasn't and she makes some positive changes in her life that result in her truly being good to herself.

I also enjoyed the budding romance that Lydia finds developing as the story continues. While the book wasn't entirely focused on this potential relationship, which was refreshing, it emerged as part of the main story and it was a welcome addition.

Good To Myself is another worthy addition to Wardell's Toronto Series and I'm glad that I had the opportunity to read it. I found some of the themes relevant to my life in particular and inspirational and I found the characters to be endearing and often relatable. My thanks to the author for providing me with a copy for review!
Posted by The Book Chick at 5:00 AM