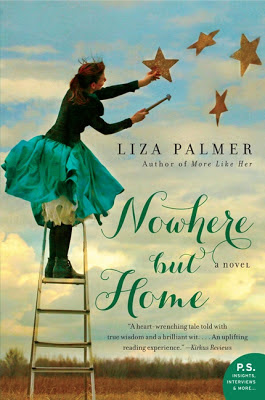 Queenie Wake hasn't been home in ten years. Home is North Star, Texas, a place where football reigns and the higher your hair the better. Home is also the place that Everett lives, the man who can't be with her because he is a man from a prestigious family and she is the daughter of the town whore. Even though their mother is dead, Queenie and her sister Merry Carole remain the objects of the town's disdain.

When Queenie is fired from her job as a chef in New York she finally makes her way back to North Star to stay while she finds a new job in a new place and she gets her life back on track. Queenie is thrilled to see her nephew Cal, the star of the football team, all grown up and she is especially happy to see her sister again. However Queenie is less than happy to reunite with all of the women that made her childhood a living hell, and who continue to ostracize Queenie's sister.

When Queenie accepts a temporary job at a nearby prison, also known as the Death House, she must face some hard truths about herself and maybe even find a place to finally call home.

I am a huge fan of Liza Palmer's books. She writes women's fiction with gritty undertones. Her characters are dealing with many things that women commonly deal with (finding love, wanting families, losing weight) but there is always an additional layer to these women as well. In Nowhere But Home Queenie Wake is dealing with being home for the first time in ten years and dealing with her past love and the bitches that apparently reign in North Star but she is also coming to terms with her mother's murder and Queenie is cooking for inmates on death row at a local prison.

I really liked this book and I enjoyed watching Queenie grow as a person as she began to deal with some of the issues from her past. I'm going to admit that this wasn't my favourite of Palmer's books, but I think that was only because of the setting. I don't read a lot of books set in Texas and I think that since much of the book was about things that I am not interested in personally (football and cowboys) that made it harder for me to relate with the book directly. I did enjoy the characters, the skilled writing, as well as the themes that were explored, and I'll admit that one scene even brought happy tears to my eyes!

Nowhere But Home is another excellent book written by Liza Palmer and I won't hesitate to recommend it to any fan of women's fiction, especially fans who also enjoy books based in the great state of Texas! My thanks to the author and the publisher for providing me with a review copy of this book!
Posted by The Book Chick at 10:20 AM