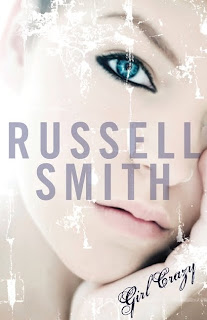 Justin, an unhappy teacher at a community college in Toronto, has just gotten out of a relationship with the reserved Genevieve. They're carrying on an awkward pretense at being friends when he meets Jenna, a girl in her early twenties who is having a miscarriage when he overhears her conversion on a payphone and decides to help. Justin gets her to a hospital where she will be looked after by a friend of his, a medical resident, and slips her his number before he leaves. Jenna calls a few days later and they get together for coffee. Justin is attracted to her toughness, her vulnerability, and her blatant sexuality. Justin loves women, women of all shapes and sizes. He loves their breasts, their hair, their shape, their smell. Much of the novel is devoted to Justin's descriptions of the beautiful women that he encounters.

Justin and Jenna start having a relationship- one that it sexual and raw and tumultuous. Her erratic behaviour draws him in again and again, and he can't seem to let her go. When Justin finds out one of the secrets that Jenna has been hiding, will they be able to make it work, or will that be the end of the road for them?

If I had to describe Girl Crazy in one word, it would be "intense". The whole ride is intense, and exhausting, but only in the way that something can be exhausting if it is so new to you. Jenna's world, a world of ripe sexuality and drugs and guns, is so different from the life that Justin led before he met her, yet he is inexplicably drawn to it. If I got to describe this novel in another word, it would be "dark". At times reading the book is like being exposed to the dark underbelly of humanity. Everything that your parents warned you against is in here, from the drugs to the underground poker games to the dimly lit insides of a strip club.

Reading Girl Crazy was a little like being a voyeur. We are privy to many of the thoughts that Justin has, and he has a fixation with women. We read about how he feels about women and their various parts, and we read about how the tiniest sliver of silk or a brightly coloured headband can turn him on. It was fascinating, and wasn't pornographic but rather psychological. It was like studying the inside of the stereotypical male brain.

I'm going to caution those who don't appreciate sex in their books to stay away from this one; there is lots in here. However, if you can handle that stuff, Girl Crazy is the fascinating portrait of what makes a man tick, while offering insights into the lives of those who tend to make bad decisions.

Thank-you to HarperCollins Canada for this review copy!

Rating: 4 stars out of 5
Recommended to: Anyone wanting to know more about the male psyche
Challenges: 2010 100+ Reading Challenge, New Author Challenge 2010
Posted by The Book Chick at 5:42 AM