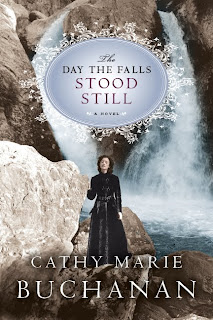 I am absoutely thrilled to have Cathy Marie Buchanan, author of The Day the Falls Stood Still, stopping by today. Not only is her book a Barnes & Noble Recommends choice, but it also is a Historical Novel Society Editor's Choice Title and it was one of Elle Magazine's September Reading Choices. It also recently debuted at #31 on the New York Times Bestseller List.

Cathy agreed to stop by today to answer a few questions that I had for her after I read The Day the Falls Stood Still (if you missed my review, I loved it!).
The Day the Falls Stood Still made me aware of some of the rich history of Niagara Falls that I hadn't heard before, despite the fact that I've visited many times. Was this your intention when you set out to write this book?
Born and bred in Niagara Falls, I grew up awash in an endless stream of local lore. With such a storied past and the staggering beauty of the falls themselves, I knew I would set my debut novel in Niagara Falls long before I had an inkling about character or plot. To begin, I read books surveying Niagara's history. What I was seeking, as I read, was the time period and narrative that best showcased Niagara’s wondrous and quirky past. The story of William “Red” Hill, Niagara’s most famous riverman, came up time and again, and with each telling I became more certain my main male character-Tom Cole-would be loosely based on him.
Bess, one of your main characters, is a strong woman who makes the best of her circumstances, despite the fact her life is not easy. Is she based on a real person?
In the very first bit of The Day the Falls Stood Still that I wrote (long since scrapped) Bess was an old woman, bitter and hateful of the river. I had conjured her up from the wife of real-life riverman Red Hill. She was quoted as saying that she hated the river, that she was afraid of it. In addition to being a hero, Red Hill was also a daredevil, risking his life by shooting the Whirlpool Rapids in a barrel three times. In 1951 the couple’s eldest son died attempting to go over the falls in a barrel and another son was killed in a hydroelectric accident. Clearly, she had cause to hate the river. She is where I started with Bess Heath, but once I decided not to incorporate the daredevil side of Red Hill into my riverman, Bess became purely a product of my imagination.
The ending of this book came as a complete surprise to me. Did you know how you wanted the book to end when you started writing it, or was that something that came later?
The ending of The Day the Falls Stood Still evolved as I wrote. Initially I thought the story would more closely parallel that of Red Hill and his family. In one instance, while Red Hill was shooting the rapids, his barrel became trapped in the whirlpool. Red Junior lashed a rope around his waist and plunged into the water, eventually hauling his father’s barrel to shore. According to local lore, Red Junior was paraded about on his father’s shoulders, a hero. Very early on, I thought this scene was how I would end the story. Along the way, Red Junior's impending death in 1951 would be foretold. The story would be about a father's culpability in his son's death. Once I made the decision that Tom Cole would not be a daredevil, the story I was telling and the ending of that story changed dramatically.
About Cathy Marie Buchanan: 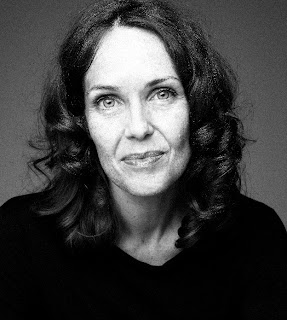 CATHY MARIE BUCHANAN’s stories have appeared in several of Canada’s most respected literary journals ─ The Antigonish Review, The Dalhousie Review, Descant and The New Quarterly. Buchanan holds a BSc (Honours Biochemistry) and an MBA from the University of Western Ontario. She has been awarded grants by both the Ontario Arts Council and the Toronto Arts Council. Born and raised in Niagara Falls, Ontario, she grew up amid the awe-inspiring scenery of the Niagara River and awash in the local lore. She now resides in Toronto.

You can visit Cathy Marie Buchanan's website here, and and you can follow the rest of her blog tour here. You can also browse inside the book at Harper Collins Canada's website.

Thanks to Cathy Marie Buchanan I am able to give away one copy of this book! To enter, post a comment relevant to this post and leave your e-mail address so that I have a way to contact you if you win. This contest is open to residents of the US and Canada, no PO boxes please, and runs until September 30, 2009. The winner will be contacted by e-mail on October 1, 2009.